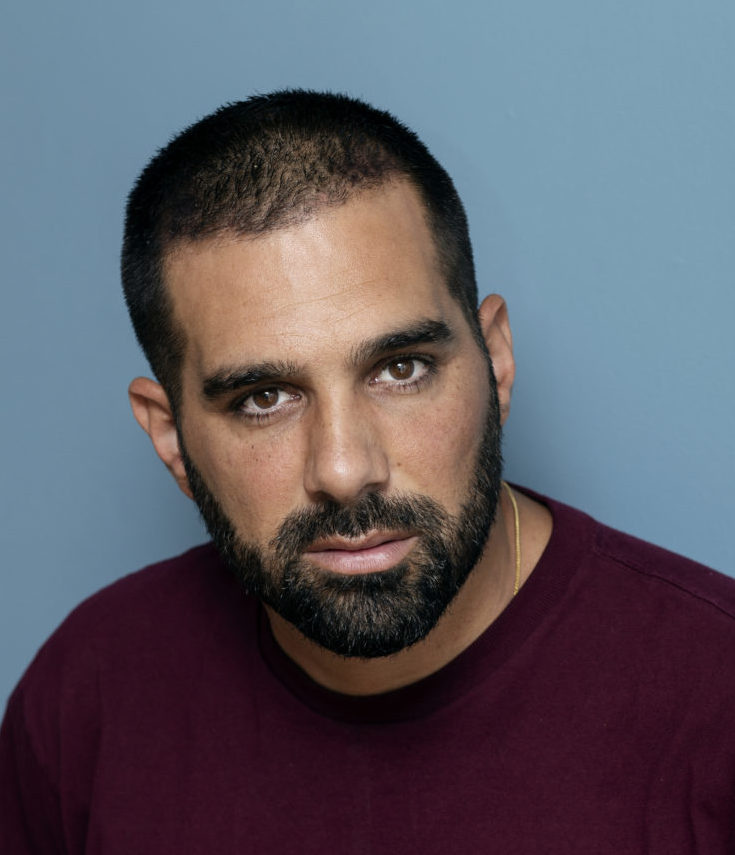 * full CV here
Zaki Youssef (b. 1979) is an actor, composer, musician and playwright. Zaki Youssef premiered in May 2021 as Assad (lead cast) in the new Department Q feature film ”The Marco Effect” based on the bestselling books by author Jussi Adler. Later this year he premieres in the feature film WILD MEN in the role of Musa (lead cast). The film has been selected for the Tribeca Filmefestival 2021.
In the summer of 2020, he aired with the series The Jungle (Xee), for which he both wrote the script and played the lead role as Saba.
Zaki Youssef made his debut on the big screen in Ulaa Salim's debut feature film ”Sons of Denmark” (2019) in the lead role as Ali - a role for which he was nominated for both a Robert and a Bodil Award (the critics award) in the category "Male Lead of the Year".
In the fall of 2018, he made his international debut in the American HULU original TV series "The Looming Tower", where he plays the role of Abu Jandal.

In addition, he wrote and performed the monologue ”Der var et yndigt land” (2018), which was a sequel to the partly autobiographical performance ”Jeg hører stemmer” (2015), where he also both wrote the script and performed solo on stage. The performance was nominated for the prestigious Reumert Award in 2016. In 2011, he received the Reumert Talent Award for his performance and script for ”Præmieperker” (2011) at the Royal Danish Theater, .

Zaki also has an extensive musical background, where his critically acclaimed debut album got him nominated as best new rapper for the Danish HipHop Awards. In addition to composing music for a number of theater performances, in 2016 he rewrote an opera to rap during the Copenhagen Opera Festival.