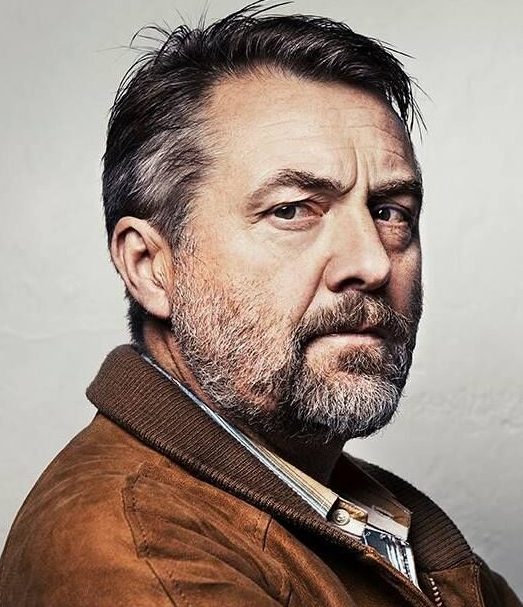 * full CV here
Jens Jørn Spottag started his career as a student of theatre-direction at Aarhus Theater (1974-78), before applying as an actor to Odense School of Theater where he was admitted in 1979 and graduated in 1983. He then worked as a freelancer at various theaters until 1988.
In 1989 he became employed at Aalborg Theater, where he was widely recognized for his many performances and played a large number of major roles, including Jamie in "Long Day's Journey into the Night", Hitler in "Mein Kampf", and Helmer in Ibsens "A Doll's House".

In 1994 he returned to the Copenhagen theaters where he starred in a number of significant plays, including "Cat on a Hot Tin Roof"(1995) at Folketeatret, "Macbeth"(1998) at Gladsaxe Theater and "Copenhagen 2000" at Betty Nansen. In addition, he has participated in "Knives in Hens" at the Café Theater, "Judith" and "Nijinsky -The Death of a Faun" at the Theater Sorte Hest, "Hamlet" at Mungo Park, "Himlen over os" at Edison, "1984" at Betty Nansen, and the title role in "Peer Gynt” at Republique. He also starred in the leading role as the soldier Woyzeck in the drama "Woyzeck" which was hugely successful and brought him and the production on a world tour covering Europe, USA and Japan. Since 2016 he has been permanently affiliated with the Royal Theater where he in 2020 starred in "The Kingdom" and later same year in "Mother Courage and Her Children".

Spottag has received numerous grants and awards. Among others, he has received the Lauritzen Prize, Poul Reumert's Memorial and Travel Grant and Mogens Wieth's Memorial Grant. In 2009, he won a Robert for Best Supporting Male in the movie "World’s apart" and in 2016 was made Knight of the Dannebrog.