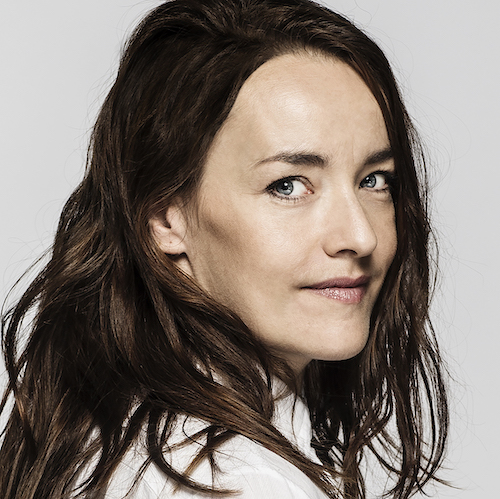 * full CV here
Maria Rossing graduated from the National Theater School of Denmark in 2002, from 2003 and onwards she has been employed at the Danish Royal Theater. Here she has starred in numerous productions, most noticeable in such plays as "Kasimir & Karoline", "A Midsummer Night’s Dream ", "Mefisto" and "Figaro's Wedding". She also starred in "Baby" at Aalborg Theater in 2002 and "Love" at Aveny-T in 2005. Back at the Danish Royal Theater she starred as Lady Macbeth in "Macbeth" (2012), here she also starred in "Døden", in "Oedipus & Antigone”, and as Ellen in“ Den Kroniske Uskyld ”all in 2014.

Maria has received a total of three Reumerts. In 2006, she received it as the “female lead of the year” for the role of Grusche in "The Caucasian Chalk Circle". In 2011 she won it again for “Best Performance” for "The Sorrows of Young Werther ", and in 2012 as “best supporting female” for "Madame Bowery". Most recently she received the Lauritzen award for best female lead role in 2019.