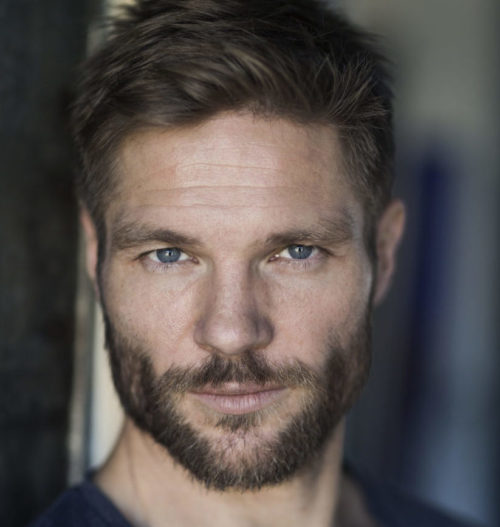 * full CV here
David Owe trained graduated at the Danish National School of Performing Arts in 2003. David experienced his debut role in the feature film "Baby" in 2004 but his breakthrough only came the following year (2005) where he, besides his role in "Forsvar" on TV2, had a part of main cast in "The Eagle" on DR1. This led him to Germany where he, over the years has starred in several TV films and series including the series "Großstadtrevier" (2011), "Alarm Für Cobra" (2012) and in "Unter Anderes Umstände" and the crime film "Nord, North, Murder” (2016) and latest in "Unbroken" (2021). In Denmark he has been a part of numerous TV2 series such as "Løbeklubben" (2018), “Badehotellet"(2019) and recently" Mellem Os"(2019).

He starred in the children's and youth film "The Lost Treasure of the Knights Templar II" and personified the Danish voice for the character "Lightning McQueen" from the feature film trilogy "Cars".

In 2022 he airs in the international feature film "I Love America" starring alongside Sophie Marceau.

Besides his acting career David is a trained stuntman and is the proprietor of the Nepo Theater with which he has toured all of Denmark successfully with a variety of performances. Further he has played several roles in the theatre, among others, "Thor" at the Danish Royal Theater. In 2018 he co-starred in the hit musical from Langkjær Entertainment "Midt om Natten" and in 2020 as Stalker in the internationally acclaimed hit musical "The Bodyguard".